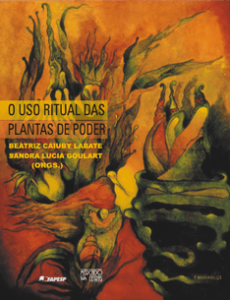 This volume brings together fourteen chapters by collaborators from five countries to fill a void in the Social Sciences around the theme of drugs or psychoactive plants. Through its focus on the ethnology, anthropology, history, and ethnobotany the book analyzes the various contexts in which psychoactive substances are consumed. Subjects include the various snuffs used by Amazonian indigenous peoples, roots such as the northeastern Brazilian jurema and Gabon ‘s iboga, coca leaf in the Andes and Amazonia, Cannabis in Afro- and indigenous contexts, ayahuasca from the Peruvian jungle to Brazil ‘s large cities, and other, lesser-known species. The book highlights the ways the consumption of such “power plants” is linked to the organization of cosmological systems, the rise of rich syncretic religions, the assertion of social identity, the management of religious or tribal conflicts, artistic creation, and self-knowledge, among other things. The use of these substances implies an articulation among various areas of life, such as politics, curing, shamanism, aesthetics, and culture. The analysis of the various agents and contexts makes explicit continuities and discontinuities between various modes of usage, from religious to profane, modern to traditional, and between natural and artificial substances, thus rupturing dichotomies of little use to reflections about “drugs.” While the book emphasizes the ritual and religious uses of psychoactives substances practiced in different cultures and historical moments, it is also useful for thinking about the consumption of drugs in contemporary society, indicating alternatives to the merely prohibitionist policies linked to the illicit market that simply disseminate ever greater levels of violence, misery, exclusion, and war ( Translated to English by Matthew Meyer ).