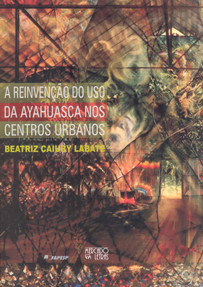 From its beginnings, the phenomenon of the Brazilian ayahuasca religions has involved strong intercultural transits, with constant migratory flows leading to fusions of northeastern traditions with the Amazonian universe, where beliefs and practices of indigenous populations were creatively retranslated by diverse types of “forest peoples,” from the rubber tappers to modern environmentalists.

The work of Bia Labate emphasizes this fact, showing that the inventive possibilities of the use of ayahuasca are extensive, and marked by the dissolution of boundaries between indigenous and white, rural and urban, forest and city, tradition and modernity or old and “neo.” Labate tells us how, in the practice of urban neo- ayahuasqueirosthese domains interpenetrate one another, using examples in which art, therapy, political intervention, play, magic, and religion commingle through the use of ayahuasca, a drink that seems to operate here as a mediator or communicator of diverse perspectives, perceptions, experiences, and sensations. Known variously as Cipó , Daime , orVegetal , it permits the translation and resignification of different cultural practices from the point of view of the “other.” That is what A Reinvenção do Uso da Ayahuasca nos Centros Urbanos makes clear, thus highlighting the right to alterity, the fundamental principle of anthropology.

In pointing to the new modalities of ayahuasca use, the author ends up questioning monopolies on legitimacy, putting in focus the priority of certain types of uses above others, or of privileges pertaining to this substance belonging to groups, cultures, and subjects. She analyzes how these new uses, despite their originality, are inserted into a “Brazilian ayahuasca field,” expressing its logic and motivating many of its elements. The author notes that the diversity of practices in the ayahuasca field do not imply disorder, but to the contrary, manifests forms of control proper to this religious universe. Thus, through Labate’s work one sees that “ritual” and the “religious” can assume innumerable faces and forms, involving a dynamic process of transformation, or, in other words, of invention and reinvention. At the same time that it makes a lucid criticism of religious intolerance, the book is in implicit dialogue with the premises of anti-drug policy, indicating that informal and cultural controls of the uses of psychoactive drugs tend to be more effective than external controls based only on state and legal standardization.

Six years since her research began, empirical reality confirms many of the hypotheses put forward by the author. We witness a proliferation, in Brazil ‘s large cities, of new modes of consuming this drink of Amazonian origin, always inserted within the logic identified by the author. The dimensions and varieties assumed by the ayahuasca field seem to be a signal that, instead of the death of religion, as some have predicted, we are witnessing an extension of the sacred to dimensions previously unimaginable, and a multiplication of the possibilities of ritualization of contemporary life ( Translated to English by Matthew Meyer ).